The Seahawks are cutting a longtime familiar face. Seattle has released veteran defensive back DeShawn Shead, according to Brady Henderson of ESPN.com (Twitter link). 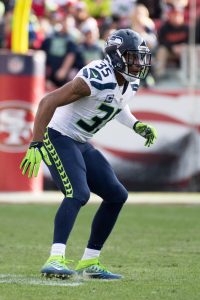 Shead originally signed with the Seahawks as an undrafted free agent back in 2012. He spent the next six seasons with the team, and made a big impact. Shead started 21 games between 2015 and 2016, and was one of the few remaining members of the team that won Super Bowl XLVIII for the Seahawks. He became a starter toward the end of the 2015 campaign, and started 15 games in 2016. Unfortunately he suffered a torn ACL in the 2016 playoffs, which derailed his career.

As Henderson points out, the Seahawks had been mostly using him as a safety this season in an attempt to have him make the team. The Portland State product ended up coming up short, and will now re-enter the open market at the age of 30.