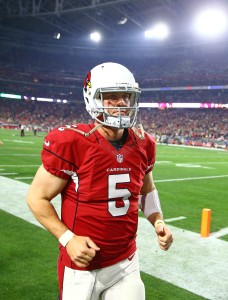 The Browns placed Stanton on IR Monday, using his roster spot to sign running back Elijah McGuire. Stanton is dealing with a knee injury and will now be out a minimum of eight weeks.

The only other quarterback on Cleveland’s active roster at present is Garrett Gilbert, a 2014 sixth-round pick who has played in just one regular-season game. Gilbert played in the Alliance of American Football this year and signed with the Browns in April.

Gilbert played well during the Browns’ preseason slate, but Freddie Kitchens squashed any idea he would usurp Stanton. Gilbert went to the same high school as Mayfield (Lake Travis in Austin, Texas) and played for Texas and SMU in college. He will now be the primary backup to Mayfield, though the Browns could obviously opt to pursue a better-known option while Stanton is out.

Teams can bring two players off IR each season. The Browns do not have any high-profile players on IR yet, so Stanton could be a candidate to re-emerge on the roster later this season.