After releasing him on cutdown Saturday, the Seahawks will bring back Jamar Taylor. The cornerback intends to re-sign with Seattle on Monday, Mike Garafolo of NFL.com tweets. 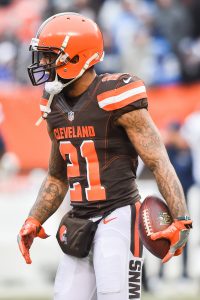 The Seahawks initially signed the well-traveled corner in May and kept him for the offseason’s remainder but opted to go into Week 1 without him. Taylor has played for the Dolphins, Browns, Cardinals and Broncos in a six-year career.

Neiko Thorpe left the Seahawks-Bengals game; this move may be related to that. By being off the Seahawks’ Week 1 roster, Taylor will not have his full salary guaranteed. This may have been the plan all along, with Garafolo adding Taylor enjoyed a strong camp and was viewed as a post-Week 1 option anyway.

The former Dolphins draft choice struggled last season but only played 305 snaps. The soon-to-be 29-year-old defender has enjoyed better seasons, however, and will supply veteran depth for a young secondary.