The Texans will audition running back C.J. Anderson on Tuesday, a source tells NFL.com’s Tom Pelissero (on Twitter). Anderson was displaced last week when the Lions claimed Paul Perkins off waivers from the Giants. 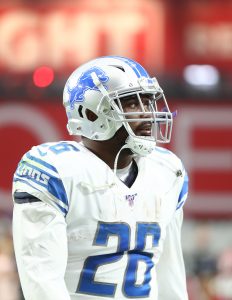 The Texans’ running back situation was thrown into disarray in the offseason when Lamar Miller suffered a torn ACL. They went out and traded for Duke Johnson, and later added Carlos Hyde to the mix in a deal with the Chiefs, but they’re still investigating supporting cast members.

Anderson joined the Lions on a one-year, $1.5MM deal this year, but he rushed for just 43 yards in 16 attempts in his two games with the club. Given his success with the Panthers, Raiders, and Rams last year, it stands to reason that he can still be an effective back, unless age and injury have caught up with him.