The appeal hearing for Raiders linebacker Vontaze Burfict will take place on Tuesday, Ian Rapoport of NFL.com (on Twitter) hears. As it stands, Burfict is facing a suspension that would sideline him for the rest of the season. 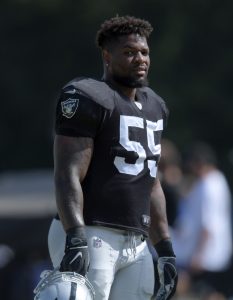 Per the collective bargaining agreement, these sessions are heard by an appeals officer jointly appointed by the NFL and NFLPA. This hearing will be presided by Hall of Famer Derrick Brooks, who upheld Burfict’s three-game suspension in 2016 after his controversial hit on Antonio Brown.

The NFL moved to keep Burfict off the field for the final 13 weeks of the ’19 campaign after he drove his head into Jack Doyle‘s helmet on Sunday. Burfict’s history won’t help him here but this is, by far, the lengthiest suspension ever set against a player for an on-field infraction, so Burfict may have a good chance at getting the suspension reduced.