The Dolphins are making progress on a trade involving RB Kenyan Drake, as Tom Pelissero of the NFL Network tweets. Drake will not travel with the team to Pittsburgh for Monday’s game against the Steelers, which is another sign that a trade is imminent. Indeed, Armando Salguero of the Miami Herald says the Dolphins expect to trade Drake before Tuesday’s deadline (Twitter link). 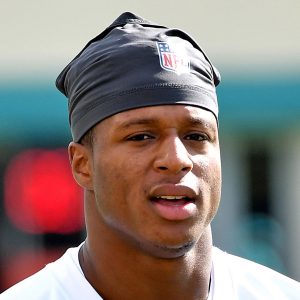 We heard several days ago that the Lions and Titans, among other clubs, have expressed interest in Drake. Miami is said to be looking for at least a fourth-round pick in exchange for the Alabama product, but earlier reports indicated that the best offer the Fins had received to date was a conditional sixth-rounder. But the fact that trade talks are progressing suggests that at least one team is getting closer to meeting Miami’s asking price.

Miami’s bottom-tier offensive line has struggled this season, and Drake is averaging a career-low 3.7 yards per carry. However, the former third-round pick posted 4.8- and 4.5-yard YPC averages in 2017 and 2018, respectively. Drake, 25, has not rushed for 50 yards in a game this season, but he surpassed 1,000 yards from scrimmage in a part-time role last year and has just 333 career carries under his belt. He is in the last year of his rookie contract.

In addition to Drake, clubs in need of a running back could also turn to the Seahawks’ Rashaad Penny or the Chargers’ Melvin Gordon.