The Patriots will have to wait at least a week for Ben Watson to hit the field. ESPN’s Field Yates reports (via Twitter) that the veteran tight end didn’t travel with the team to Washington and won’t be playing vs. the Redskins tomorrow. 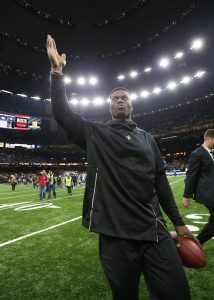 The 38-year-old briefly retired this offseason before joining the Patriots, the team that drafted him back in 2004. Shortly after signing with New England, Watson was hit with a four-game suspension after testing positive for a banned substance. The veteran ended up missing Wednesday’s practice, which was an indication that he might not be ready to go this weekend.

With the retirement of Rob Gronkowski, the Patriots have been relying on Ryan Izzo and Matt LaCosse early on this season. While Watson is getting older, he’ll provide Tom Brady with another reliable target. The tight end took on more of a backup role in 2018 with the Saints, but he still finished with 35 receptions for 400 yards and two touchdowns.

The Patriots have until 4 p.m. on Monday to activate Watson to the 53-man roster.