Before an injury-plagued Texans tenure, Seantrel Henderson played four seasons with the Bills. The parties are considering a reunion. 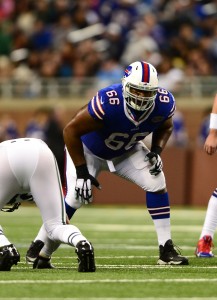 Henderson made a visit to Buffalo to meet with his former team this week, Adam Schefter of ESPN.com tweets. The Texans cut the former seventh-round pick from their NFI list on Monday. The 27-year-old tackle played four seasons with the Bills from 2014-17.

A Miami alum, Henderson became an immediate starter in Buffalo. He opened his rookie season as a 16-game starter at right tackle opposite Cordy Glenn. Though after starting 10 games for the 2015 Bills, Henderson was shifted to a backup role. While he started Week 1 for the Texans in each of the past two seasons, Henderson would represent depth at this point for the Bills.

Buffalo, however, is shorthanded at right tackle currently. Ty Nsekhe is battling an ankle injury and will not play against the Broncos on Sunday. Nsekhe and second-round pick Cody Ford have both spent extensive time at right tackle this season, with the veteran playing 342 snaps and the rookie 365. Henderson played 64 snaps for Houston in Week 1 but did not start another game before being placed on the Texans’ NFI list.