The Dolphins were shopping veteran safety Reshad Jones this summer, and the Steelers, who had made it clear to rival teams that they were in the market for secondary help, were an obvious match. As Jason La Canfora of CBS Sports writes, Miami did indeed attempt to deal Jones to Pittsburgh at the start of the season. 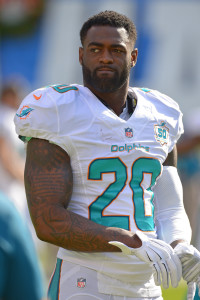 However, the Steelers said they preferred Minkah Fitzpatrick, though the Dolphins initially suggested Fitzpatrick was not going to be moved. Of course, Miami quickly changed its stance in that regard and said it would deal Fitzpatrick if a first-rounder was included in the trade.

La Canfora says several teams were willing to meet the Dolphins’ asking price, but Miami chose Pittsburgh’s offer because it believed the Steelers’ 2020 first-rounder would be higher than those of the other suitors. Of course, that may not turn out to be the case, as Fitzpatrick has provided a jolt to the Steelers’ defense and has helped Pittsburgh (4-4) climb back into the AFC playoff picture.

Fitzpatrick was publicly unhappy with the way he was being deployed in Miami, but he and Steelers head coach Mike Tomlin established from the beginning that the Alabama product would be used in a centerfielder role that would highlight his playmaking abilities. And Fitzpatrick has certainly made plays, recording four interceptions in his six games in the Steel City, including a critical pick-six in Pittsburgh’s win over the Colts last week.

Jones, meanwhile, is under contract with the Dolphins through 2022, and while he indicated he is open to staying with Miami through its rebuild, the Fins may choose to cut bait this offseason to save about $5.5MM against the cap, even though they would incur a big dead money charge by doing so.