As recently as December, we heard that Eli Manning wanted to continue his playing career in 2020. We knew that opportunities may be limited, given that he does not want to serve as a backup/mentor, but it seemed that the longtime Giants signal-caller would at least take a look to see what might be out there. 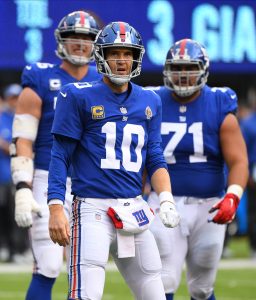 Now, that may no longer be the case. Paul Schwartz of the New York Post says all signs indicate that Manning, 39, is headed for retirement.

Recent reports have suggested that the Giants would welcome Manning back as the backup to Daniel Jones, but not only does Manning not want that, the team itself does not really believe that’s a great idea either, per Schwartz. The team’s new head coach, Joe Judge, is nearly a full year younger than Manning, and Big Blue wants to usher in a new era.

Manning is not hindering the Giants by continuing to take his time with his decision, as he is not under contract and New York is not carving out any salary cap space for him. He is expected to be in Miami, the site of this year’s Super Bowl, for some promotional appearances, and he is unlikely to make any announcement prior to the big game.

Schwartz said those close to Manning believed that, as the 2019 season drew to a close, he realized it would be his last. And if so, it makes plenty of sense. He is remarkably healthy, he has earned $252.3MM in his career — the most ever for an NFL player — and he has captured two Super Bowls. He has often expressed a desire to spend his entire career with the Giants, a franchise he truly loves, and he has never been interested in suiting up for another club.

He has also indicated that he is not interested in becoming a coach, so if he does hang up the cleats in the next few weeks, we may not hear much from him until he is being fitted for a gold jacket.