Ravens HC: Will Be Hard To Keep Matt Judon 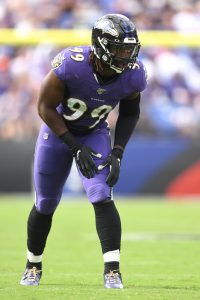 “We’re going to try to get as many of these guys re-signed as we can. Matt [Judon] is probably right at the top of the list, for sure,” Harbaugh told reporters on Friday. “Our goal will be to have Matt back.”

Judon, 28 in August, is scheduled to be an unrestricted free agent in March. After notching a career-high 9.5 sacks and four forced fumbles in his first season as a full-time starter, Judon could fetch big bucks on the open market.

There’s some question as to whether the Ravens can afford to re-sign him to a lucrative long-term deal, but they can ill afford to lose him, either. Judon stepped up after the Ravens’ front seven lost Terrell Suggs and Za’Darius Smith to free agency. Now, there’s no one behind the fourth-year player that could replace his production.

The Ravens will have to balance their desire to keep Judon with other pending free agents, including cornerback Jimmy Smith, defensive tackle Michael Pierce, and linebacker Patrick Onwuasor. They’re also likely to exercise defensive back Brandon Carr‘s option, which would carry a $7MM cap figure.

As it stands, the Ravens are projected to have nearly $34MM in cap space for the offseason.

10 comments on “Ravens HC: Will Be Hard To Keep Matt Judon”