Earlier this week, linebacker Luke Kuechly surprised many by announcing his retirement. While the 28-year-old may be done playing in the NFL, it sounds like he has an interest in sticking around the league. 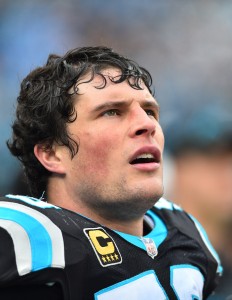 NFL Network’s Mike Garafolo doesn’t think we’ve seen the last of Kuechly, noting that the player could return to the league in a coaching or consulting role (Twitter link). As the reporter notes, the seven-time Pro Bowler was always lauded for being a “coach on the field,” and the veteran was known for his obsession with film. That’d make him a natural fit for any organization.

Of course, Garafolo cautions that teams will give Kuechly some time to figure out the next step of his career, but the reporter also notes that the linebacker could be with an organization in some capacity for the 2020 season. Garafolo specifically mentions the Panthers, the team Kuechly spent his entire eight-year career with, as an organization that’d love to have him in some sort of role.

One of the best players in the Panthers’ 25-year history, Kuechly has anchored Carolina defenses since being selected in the 2012 first round. He started all 118 games in which he played and led the Panthers to four playoff berths from 2013-17. Kuechly broke up J.J. Watt‘s string of defensive player of the year honors, winning the award in 2013. Two years later, he spearheaded Carolina’s 15-1 season and run to Super Bowl 50.