Buccaneers “All In” On Tom Brady

The Buccaneers are “going all in” on legendary signal-caller Tom Brady, per Rick Stroud of the Tampa Bay Times. Tampa Bay, of course, has been connected to Brady in recent rumors, but it was difficult to determine how serious the team’s interest was. Apparently, it’s very serious. 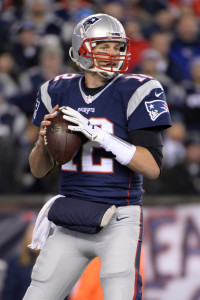 Bucs head coach Bruce Arians has generally been non-committal towards incumbent passer Jameis Winston, who, like Brady, is eligible for free agency. Stroud says Arians wants to move on from Winston, and GM Jason Licht is willing to defer to his head coach.

Licht and Arians certainly have plenty to offer Brady. The club is among the league leaders in cap space and will have plenty of money to lure Brady to sunny, family-friendly Tampa while giving him a two- or three-year deal. The Bucs also have a dynamic pair of receivers and a talented (if uncertain) tight end, and they plan to add the type of pass-catching back that Brady covets. They also plan to draft an offensive tackle to shore up his protection, and Stroud says they will probably add a receiver from the immensely deep class of collegiate wideouts.

The Bucs will also allow Brady to take charge of the offense, and the fact that Florida has no state income tax will only help the team’s push. The defense also looks like a unit on the rise, so if you squint hard enough, you can see Tampa Bay as a contender with Brady under center.

If Brady chooses to sign elsewhere, Stroud says the Bucs’ fallback options are Teddy Bridgewater and Philip Rivers, in that order. Failing that, a reunion with Winston could still be in play, but that is sounding increasingly like a worst-case scenario for the Bucs.

26 comments on “Buccaneers “All In” On Tom Brady”