The Patriots brought back their secondary anchor at the start of this week, but two teams run by ex-Patriots staffers made a run at the veteran safety. 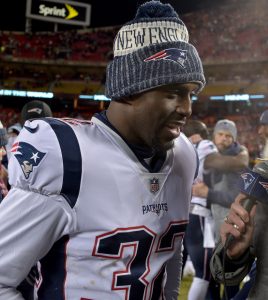 Both the Dolphins and Lions submitted offers to Devin McCourty, Ben Volin of the Boston Globe reports. While this should not be viewed as unexpected, given the number of ex-Pats on these respective teams, it helps explain McCourty’s value. The 32-year-old defender signed a two-year, $23MM Patriots deal with $17MM guaranteed.

Brian Flores coached McCourty from 2012-15, as the Pats’ safeties coach. Matt Patricia was New England’s defensive coordinator during those seasons, serving in that post from 2012-17 before taking the Detroit job. The Pats picked up Jason McCourty‘s 2020 option, however, factoring into Devin’s decision.

9 comments on “Dolphins, Lions Made Offers To Devin McCourty”