The extensions keep coming as the start of free agency gets closer. This time it’s the Patriots locking up one of their own as New England has signed special teams ace Matthew Slater to a two-year extension, sources told Field Yates of ESPN.com (Twitter link). 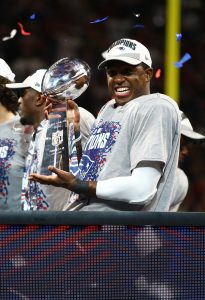 Slater is technically a receiver, but he plays almost exclusively on special teams. This past year he played only 21 total offensive snaps while playing 73 percent of the special teams snaps across multiple units. Yates doesn’t have the exact terms of the new deal, but he writes that it is “similar to his last,” which averaged $2.6MM annually. Slater had been set to become an unrestricted free agent next week.

He’s always been the epitome of a team player, doing whatever is asked of him. He has even occasionally contributed on defense over the years, starting three games at safety in 2011. Slater has become prominent for being a leader in the locker room, and is a team captain.

A favorite of Bill Belichick, Slater has made the Pro Bowl eight times as a special teamer. He’s won three Super Bowls since joining the Patriots as a fifth-round pick out of UCLA back in 2008. The son of Pro Football Hall of Famer Jackie Slater, he has often said he doesn’t see himself playing anywhere besides New England. He turned 34 in September.