The details on Cam Newton‘s contract are in. And they’re not all that favorable for the former MVP. Newton’s one-year deal guarantees him just $550K with a base salary of $1.05MM, according to Jason La Canfora of CBSSports.com (on Twitter). 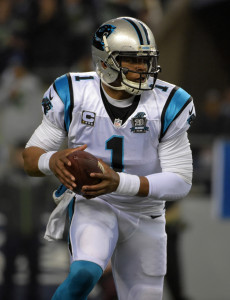 Newton can earn up to $5.75MM in incentives and $700K in per game roster bonuses, Ian Rapoport of NFL.com (Twitter link) adds, bringing the contract’s total potential value to ~$7.5MM. The deal does not include a clause restricting the Patriots’ ability to franchise tag him either, so Newton’s post-2020 upside is somewhat limited.

The Browns also kicked the tires on Newton, but the Patriots were the only team to offer him a deal this offseason. Not long ago, Newton was one of the game’s most electrifying players and one of the league’s most dangerous threats under center. Three years and three surgeries later, he’s gone from an exclamation point to a question mark. Newton has missed 16 of his last 18 games and no one knows exactly what he has to offer in 2020.

Any way you slice it, Newton’s deal is as low-risk/high-reward as it gets. Newton, meanwhile, will have an opportunity to silence the critics and reclaim his status as one of the game’s best quarterbacks.

28 comments on “Cam Newton Gets $550K Guaranteed From Patriots”