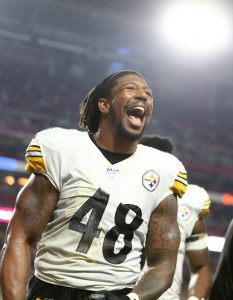 Dupree signed his tender earlier this offseason. He stands to make $15.8MM on the linebacker tag. This year’s defensive end tag is worth $17.8MM.

Regarding a long-term deal, Dupree and the Steelers are not close on numbers, per Rapoport. While Dupree did not submit a stunning breakout season in 2019, he did register a career-high 11.5 sacks — 5.5 more than the former first-round pick’s previous single-season best. It would make sense if the Steelers sought a rental season to see if the inconsistent pass rusher can replicate his 2019 performance.

The three 3-4 outside linebackers to be tagged this year — Barrett, Dupree and Matt Judon — have either filed grievances or saw a preemptive pay raise. The Ravens gave Judon a $1MM raise from the linebacker tag, agreeing to pay him $16.8MM on his tag this season. It doesn’t hurt for Dupree to push for a similar arrangement, even if the sixth-year defender does not win a grievance.