With issues at cornerback, safety and outside linebacker, the Giants are set to again enter Week 1 with major questions about their pass defense. But they may be eyeing 11th-hour help. 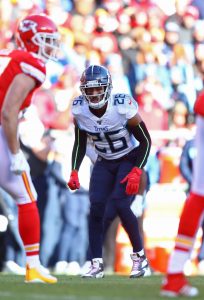 The Giants have been eyeing Logan Ryan for months, and Jordan Raanan of ESPN.com notes the free agent defensive back has interest in signing with the NFC’s Big Apple franchise (Twitter link).

Ryan has carried a high price tag this offseason, which has led to his lengthy stay in free agency. Earlier this year, Ryan was reported to be seeking a $10MM-AAV deal. No team appeared willing to pay that price. However, the veteran slot cornerback has recently marketed himself as a safety and changed agents.

Ryan, 29, has a history with both Joe Judge and new Giants DC Patrick Graham. Judge was on New England’s staff throughout Ryan’s four-season tenure, while Graham was there for Ryan’s first three NFL seasons.

Although the Giants hold more than $22MM in cap space, Raanan adds they will not splurge for Ryan. The team handed out some big deals in free agency this year — to James Bradberry and Blake Martinez — but has held firm on further upgrades to its defense. The Giants laid back on the edge rusher market in March and have not expressed interest in Jadeveon Clowney, despite the Pro Bowler’s reported interest in a New York stay.

Ryan has played seven seasons with the Patriots and Titans. He led all corners last season, by a significant margin, with 113 tackles and graded as one of the top slot defenders, per Pro Football Focus. The Giants ranked 31st in pass-defense DVOA last season.