The Eagles have placed Jalen Reagor on the injured reserve list, per a club announcement. The wide receiver will use the time to heal up following surgery to repair a torn ligament in his thumb. 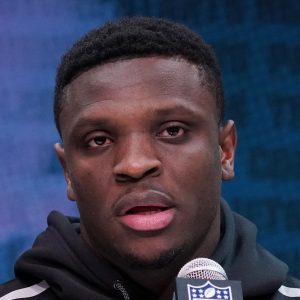 Reagor played through the pain in Week 2, but it wasn’t a sustainable situation. Based on the projections from earlier this month, Reagor is likely to miss at least another month as he recovers. Reportedly, the Eagles are planning to bring Reagor back sometime after the Week 9 bye, which could mean that he’ll re-debut on Oct. 22 when the Eagles face the Giants at MetLife Stadium.

Already down Alshon Jeffery coming into the season, Philadelphia has also lost several starting offensive linemen in Brandon Brooks, Andre Dillard and Isaac Seumalo. Jeffery is still working his way back, and the Eagles are 0-2-1 heading into Week 4. Next up – a Sunday night showdown with the 49ers, in San Francisco.

The first-round speedster out of TCU caught five passes for 96 yards in the first two games of the season. Without him, they’ll need DeSean Jackson and the rest of the WR group to deliver — and better play from Carson Wentz.