After having been promoted twice, Dez Bryant will no longer have to ride the Ravens’ practice squad shuttle. The veteran wideout announced on Twitter that he’s been signed to Baltimore’s active roster. 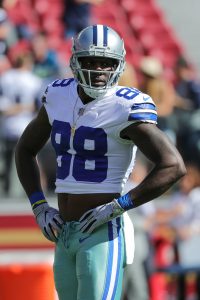 The 32-year-old joined the Ravens practice squad in late October. He was promoted for Baltimore’s Week 9 win over the Colts, but he only played a pair of snaps. He saw much more playing time when he was promoted for the Ravens’ Week 11 loss to the Titans, hauling in four catches for 28 yards while appearing in 54 percent of his team’s offensive snaps.

Along with tight end Mark Andrews, receivers Marquise Brown and Willie Snead will continue to lead Baltimore’s inconsistent receiving corps. However, Bryant could continue seeing a role ahead of the likes of Miles Boykin, Devin Duvernay, and James Proche.

“We’ll just keep working, and we’ll see where that leads moving forward,” offensive coordinator Greg Roman said last week (via ESPN’s Jamison Hensley). “I don’t think there’s any real timeline right now, but I do think that if Dez keeps progressing, he will definitely become a factor in what we do.”

Bryant missed all of the 2018 and 2019 seasons, so despite having three 1,000-yard seasons (plus a pair of 800-plus-yard campaigns) on his resume, the veteran had to settle for a practice squad deal in 2020. While there certainly wasn’t much risk for either side, the move has clearly worked out for both the player and the organization.