Sheldon Rankins is hitting the shelf again. The Saints’ defensive tackle suffered an MCL injury during Sunday’s win over the Bears, a source tells Nick Underhill of NewOrleans.Football (Twitter link). 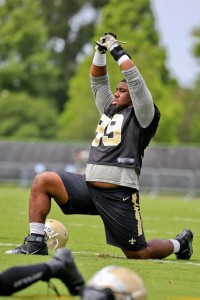 The source told Underhill it’s expected to knock the run-stuffer out for “about three weeks.” It’s a big blow to a New Orleans defensive front that is usually elite at stopping the run. The 12th overall pick of the 2016 draft, Rankins has developed into a quality starter for the Saints. This is unfortunately his third straight year with a significant injury, as first he tore an Achilles during the 2018 playoffs.

He missed the first few games of the 2019 season while recovering from that, then missed the last few with an ankle injury. His best season was that 2018 campaign when he also made a lot of noise as a pass-rusher, notching eight sacks from the interior.

The Louisville product is playing out the exercised fifth-year option on his rookie contract, and will be an unrestricted free agent at the end of the year.