The season is over for Greg Little. On Thursday, the Panthers placed the left tackle on injured reserve with an ankle injury. 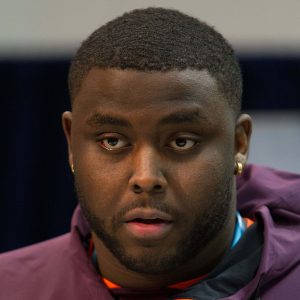 The league’s modified IR rules for 2020 allow players to come back after three games missed, but with only three games to go, that’ll be a wrap on Little’s campaign. This marks yet another disappointing year for the 2019 second-round pick. As a rookie, he was limited to just four games, thanks to knee and ankle injuries plus a pair of concussions. This year, he suited up for ten games, including three starts on the left side, but he’s been out for the last two weeks.

Little came out of Mississippi with plenty of hype, especially for his length and athleticism at 325 pounds. But if the Panthers had a chance at a mulligan, they probably would have gone in a different direction. Little was tapped with the No. 37 overall pick, where they could have snagged wide receivers A.J. Brown or D.K. Metcalf.

Little will now focus on his recovery and a 2021 return. He remains under contract through 2022 with reasonable cap hits of $2.08MM and $2.43MM in the next two years.