OL Nick Easton Has Spoken With 4 Teams, Including Saints

Offensive lineman Nick Easton became one of the first veteran cap casualties of the offseason when the Saints released him nine days ago, but the cut could end up working to his advantage as he’s now been able to get a head start on free agency. 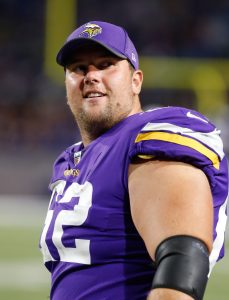 Easton has had discussions with at least four teams already, Josina Anderson of ESPN tweets. Interestingly, one of those teams is New Orleans, who apparently has interest in bringing him back. Anderson writes the team is open to having him return for 2021 “after the club maneuvers through cap gymnastics.” She adds that Easton himself “is not in a huge hurry to sign,” so it sounds like the Saints can take their time figuring out their cap issues.

New Orleans is currently dealing with one of the worst cap situations in the league, and they saved $5.87MM by releasing him. Easton entered the league as an UDFA out of Harvard back in 2015, and after bouncing around a couple teams found a home with the Vikings.

He started 12 games for Minnesota in 2017, and after a neck injury costed him the whole 2018 season he landed a four-year, $24MM deal from the Saints in 2019. This past season he appeared in 12 games and started nine for Sean Payton’s offense. Still only 28, it’s not surprising there’s significant interest from teams looking for guard help, and he should be able to land at least a few million in guaranteed money.