In a since-deleted tweet, Titans tackle Isaiah Wilson declared that he is “done with football” (via CBSSports.com). Of course, after recent comments made by GM Jon Robinson, it’s quite possible that the Titans are also done with him. 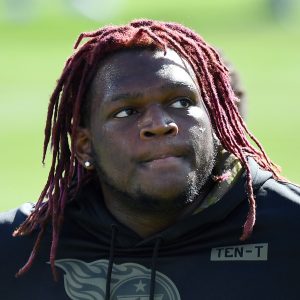 Wilson, the No. 29 overall pick in the 2020 draft, saw a grand total of four snaps last year. Once considered a top 5 prospect, Wilson went on to receive a DUI charge and spend two separate stints on the COVID-19 list. There was also a strange encounter with Tennessee State campus police in which Wilson was said to be trespassing and threatening to jump off of a balcony.

“He is going to have to make a determination on if he wants to do everything necessary to play pro football,” Robinson said earlier this month, adding that he hasn’t connected with Wilson since placing him on the non-football injury list to close the year.

Wilson has three years to go on his four-year, $11.6MM rookie deal. It’s not cost-prohibitive, but keeping Wilson could be more trouble than it’s worth. Releasing him this offseason would leave a sizable dead money charge on the books, with no real savings to be had.

Wilson was nitpicked by evaluators, as all prospects are, but no one could have anticipated such a precipitous and drastic fall for him. If the situation is unsalvageable for the Titans, and Wilson is not in fact “done with football,” there will still be plenty of interested teams. It was less than a year ago that Wilson was a rumored candidate for the Dolphins at No. 5 overall. At 6’7″ and still only 22 years of age, he’d profile as an intriguing low-risk, high-reward signing, despite all of the red flags.