The Ravens have re-signed outside linebacker Pernell McPhee (Twitter link via ESPN.com’s Adam Schefter). Exact terms of the deal are not yet known. 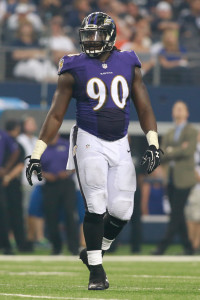 It’s likely another low-cost, short-term contract for the veteran. McPhee, 32, was one of several Ravens edge rushers due for free agency, along with Matthew Judon, Yannick Ngakoue, Jihad Ward, and Tyus Bowser. Judon and Ngakoue may be the biggest names of the group, but McPhee has been one of the club’s locker room leaders and will ensure at least some consistency heading into 2021.

McPhee appeared in 15 games with 13 starts last season. He notched 34 tackles with three sacks and wound up as the team’s best outside linebacker in 2020, per Pro Football Focus. For his career, McPhee has 246 tackles and 37 sacks to his credit, including time with the Bears and the Washington Football Team.