The Saints have agreed to a two-year deal with defensive end Tanoh Kpassagnon. Financial terms of the deal are not yet known, but this is likely a low-cost — and potentially high-reward — signing for the Saints 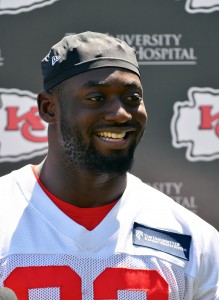 Kpassagnon was a second-round pick of the Chiefs in 2017. Selected in between Patrick Mahomes and Kareem Hunt, the edge rusher has yet to live up his draft billing. Midway through his tenure at Villanova, Kpassagnon switched from tight end to defensive end and put himself on the NFL radar. After notching 9.5 tackles for loss and six sacks in 2015, he turned in an even stronger senior season – 21.5 TFL and eleven sacks, en route to first-team All-America honors.

The 6’7″, 289-pound athlete has spent much of the last four years as a deep reserve, but he started in 15 games for the Chiefs last year. And, in 2019, he notched a career-high four sacks. Meanwhile, the Chiefs are set to move forward with Jarran Reed and Frank Clark on the edges.