The 49ers, Eagles, and Dolphins did some serious shuffling last week, but the Bengals don’t seem quite as eager to make a move. Currently armed with the No. 5 overall pick, Bengals Director of Player Personnel Duke Tobin believes that he’s poised to land an impact player. 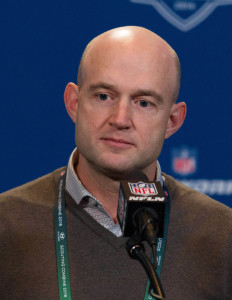 “We feel we’re in a good spot. We’re going to be careful not to be overly greedy and get out of a spot where we maybe lose a premier player and we feel like can get one of the premier players in this draft,” Tobin said (via the team website). “We feel there are enough guys with the fifth pick in the draft to get a real guy that we feel comfortable with. And hits in a position of need.”

Unlike other teams near the top of the board, the Bengals aren’t in the hunt for a quarterback. Instead, they can hone in on a promising young target or blocker to aid Joe Burrow. With that in mind, Tobin indicated that he’s fond of Oregon left tackle Penei Sewell, LSU wide receiver Ja’Marr Chase, and Florida tight end Kyle Pitts.

“All three are high-level prospects at the top of the draft and guys we feel like could fit us and make us a better team,” Tobin said.

Fortunately, two of those three players should be there for the Bengals at No. 5.