The Saints are adding to their offensive line. ESPN’s Field Yates reports (via Twitter) that New Orleans has re-signed offensive lineman Will Clapp. Meanwhile, ESPN’s Adam Schefter tweets that the team has also signed center Christian Montano to a one-year deal. 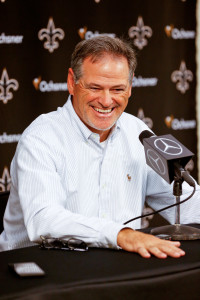 Clapp joined the Saints as a seventh-round pick in 2018, and he’s spent time alternating between the active roster and practice squad over the past three seasons. After appearing in a career-high 14 games (with three starts) in 2019, Clapp appeared in eight games this past year. He collected only 62 offensive snaps and 41 special teams snaps, and he was responsible for only a single penalty.

Montano went undrafted last year following a standout career at both Brown University and Tulane University. He spent most of the preseason with the Steelers, but he was let go by the organization prior to the regular season.

The Saints offensive line is already set to look a bit different next season following the release of Nick Easton. Without a whole lot of financial flexibility, the Saints are going to be depending on young players like Adam Trautman and Zack Baun to protect either Jameis Winston or Taysom Hill.