The Bills signed long snapper Reid Ferguson to a brand new three-year deal, per a club announcement. Ferguson has served as the team’s LS for his entire four-year career. Now, he’s slated to continue in that role through 2024. 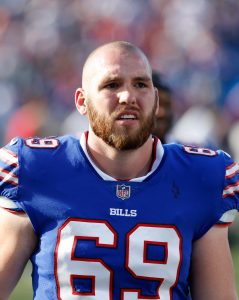 Ferguson came into the league in 2016 as an undrafted free agent out of LSU. He didn’t make the final cut that year, but the Bills stashed him on the taxi squad. In 2017, he got the LS job, and he’s held it with perfect attendance ever since — four seasons, 64 games.

Today, the 27-year-old stands as the second-longest tenured player on the Bills’ roster, behind only Jerry Hughes, who has been with the club since 2013.