The Cardinals have given Jordan Hicks permission to seek a trade (Twitter link via NFL.com’s Ian Rapoport). The veteran linebacker could still stay on board as a reserve, but his starting job as the MIKE ‘backer has been given to new first-round pick, Zaven Collins. 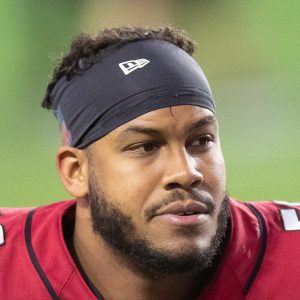 It’s not a shock to hear that Collins, the No. 16 overall pick in last month’s draft, is ticketed for the starting lineup. Still, Hicks is a respected figure in the locker room and he’s already taken a pay cut to make the numbers work.

Hicks, a former third-rounder, spent the first four seasons of his career with the Eagles before signing a four-year, $36MM deal ($20MM guaranteed) with the Cardinals in 2019. Since then, he’s started all 32 games for Arizona over the past two years, compiling 268 stops, 11 tackles for loss, and 1.5 sacks.

As Rapoport notes, however, a trade is not terribly likely (video link). He believes Hicks will indeed remain in the desert in 2021 as a backup.

9 comments on “Cardinals Give Jordan Hicks Permission To Seek Trade”