Jets To Ramp Up Negotiations With Marcus Maye

The Jets put the franchise tag on safety Marcus Maye back in March, and Maye signed his franchise tender, which locks him into a $10.61MM salary for 2021. However, player and team have until July 15 to work out a long-term contract, and as Brian Costello of the New York Post writes, GM Joe Douglas expects those negotiations to pick up now that the draft is over. 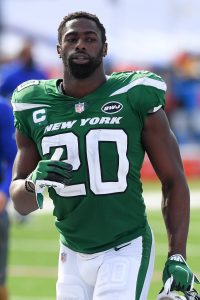 “It’s still a priority to keep Marcus here long-term,” Douglas said. “We have had productive texts back and forth with his agent. We’re hoping to really dive into this now that the draft’s over.”

Douglas has said all along that keeping Maye in the fold is a priority. But in March, Maye’s agent went public with his disappointment as to how contract talks had played out to that point, and in light of last summer’s Jamal Adams trade, there was some chatter that Douglas simply wasn’t prepared to pay big money for a safety.

Obviously, the fact that talks will resume is no guarantee that a deal gets done, especially if Maye is determined to land a top-of-the-market deal (meaning an AAV of $14MM-$15MM). Still, he is young enough and good enough to be a foundational piece of Douglas’ rebuild, which Jets fans hope was kicked into high-gear with this week’s selection of quarterback Zach Wilson.

In 2020, Pro Football Focus graded Maye as its No. 5 overall safety. The former second-rounder also finished the season with career-highs across the board, including 88 tackles, two sacks, two picks, and 11 passes defended.