The Cowboys have cut cornerback Rashard Robinson, per a club announcement. The move doesn’t come as a huge surprise, since he was already unavailable until Week 3. 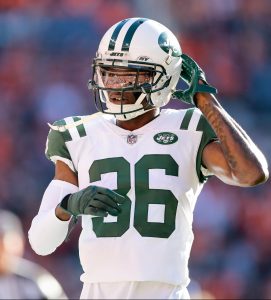 Robinson has his latest suspension in April, a two-game ban for violating the league’s performance-enhancing drug policy. Before that, Robinson received four- and 10-game suspensions in 2018 and ’19, respectively. Both of those bans were for substance abuse — this was the five-year vet’s first PED ban.

The Cowboys signed Robinson to the taxi squad in September of last year, giving the former fourth-round pick a chance to show his stuff. Once a 13-game starter in San Francisco, he hasn’t seen much playing time since. The Cowboys used the soon-to-be 26-year-old cover man in just four games last season, though he did start three of those, shuttling him on and off their active roster.

All in all, Robinson has two interceptions, 15 passes defensed, one forced fumble, and two fumble recoveries to his credit across 42 career games.