Vince Williams is calling it a career. The Steelers linebacker announced his retirement today, per an announcement from the organization. 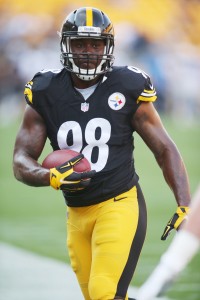 “Vince Williams notified us today that he will retire from the game of football,” said Steelers general manager Kevin Colbert. “We respect his decision and want to thank him for his time with us as he consistently showed great character and leadership in addition to his contributions on the field. We wish Vince and his family all the best.”

The 2013 sixth-round pick spent his entire career in Pittsburgh, appearing in 121 games. Williams will retire having collected 479 tackles, 50 tackles for loss, 20.5 sacks, and 45 QB hits, a mark that ranks 11th in franchise history. The linebacker also saw time in eight playoff games for the Steelers, collecting 26 tackles.

The 31-year-old continued to produce in 2020, compiling 70 tackles, three sacks, and a career-high 14 tackles for loss in 14 starts. The organization cut the veteran early in the offseason, saving the team $4MM against the cap. Williams later re-signed with the team, inking a one-year deal worth just over $1MM.

Williams was likely going to find himself behind Devin Bush and Robert Spillane at middle linebacker (per Mark Kaboly of The Athletic on Twitter), but he was still going to see plenty of playing time. With the veteran out of the picture, the team could now turn to the likes of Buddy Johnson or Ulysees Gilbert.