Eagles offensive lineman Lane Johnson is set to miss his third-straight game due to a personal matter, according to EJ Smith (via the Philadelphia Inquirer). The injury report for tonight’s game against the Buccaneers has confirmed that Johnson is inactive. 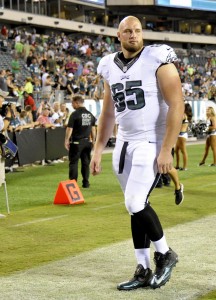 Johnson was a surprising inactive for Week 4, and he remained out in Week 5. Per Smith, the team’s only explanation was that Johnson has been “dealing with something privately and has the team’s support.”

“[He’s] still working through a personal matter, and we’re here for Lane for everything and all our guys through good times and bad times,” said head coach Nick Sirianni.

The three-time Pro Bowler has spent his entire nine-year career with Philly, and he inked a four-year, $72MM extension (including $54.5MM guaranteed) in 2019. The veteran was limited to only seven games in 2020, but he got into 100 percent of his team’s offensive snaps through the first three weeks of the 2021 campaign.

With Johnson out of the lineup, Jordan Mailata will continue lining up as the right tackle, with Andre Dillard serving as the left tackle.