After four seasons with the Patriots, Stephon Gilmore is now on the Panthers’ PUP list. The Pats ended the All-Pro cornerback’s contract saga by trading him, but they did offer a restructure of sorts in an effort to retain the standout cover man. 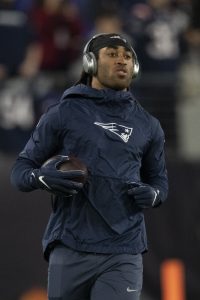 New England offered Gilmore a restructure, according to Mike Garafolo of NFL.com, though it sounds like this was to be an incentive-laden pay bump. Gilmore taking home more cash than his $7MM 2021 base salary would have hinged on his participation and performance level, Garafolo adds (video link).

Rather than a true extension, it appears New England continued its approach of incentive proposals. The Pats did this with Tom Brady and Rob Gronkowski in 2018. The Pats gave Gilmore a pay raise in 2020, but the sides could not agree on terms that would have kept him in Massachusetts for the remainder of this season.

Gilmore joining the likes of ex-Patriot stalwarts Lawyer Milloy and Richard Seymour in being dealt rather than given an extension that would have covered their early-30s seasons represents a potential impact decision for the Panthers, who acquired the 31-year-old corner for a mere sixth-round pick in 2023. They were far from the only Gilmore suitor.

The Pats made it known they were prepared to cut Gilmore. Rather than take their chances at winning a free agency battle, the Panthers sent the Pats a pick and took on the contract-year corner’s remaining $5.8MM in base salary. Gilmore’s salary dissuaded other teams from making trade proposals, but Garafolo notes recruiting pitches — some from star quarterbacks — came in. Top QBs sent Gilmore texts about potential free agency deals, but the Panthers did not let this process reach that point. The Packers were one of the teams interested, with Davante Adams being one of their lead recruiters.

The 10th-year defender is expected to come off Carolina’s PUP list in Week 6. He has not participated in practice since suffering a torn quad last season, but the Panthers will count on the former Defensive Player of the Year to lead their cornerback contingent — one that may be down Jaycee Horn for the rest of the season. Horn is not yet shut down, however. The Pats are moving forward with J.C. Jackson and free agent acquisition Jalen Mills as their top boundary corners. Mills, however, will miss Week 5 due to injury.