The Patriots have traded cornerback Stephon Gilmore to the Panthers. In exchange, the Panthers will send a 2023 sixth-rounder to New England. 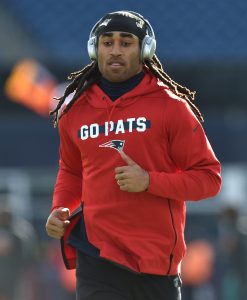 Gilmore was set to be released by the Patriots, but Bill Belichick & Co. managed to find a trade instead. The 31-year-old will now help replace first-round pick Jaycee Horn, who is out with a broken foot. Gilmore, the 2019 Associated Press NFL Defensive Player of the Year, now headlines a Panthers CB group with Donte Jackson, former top-10 pick C.J. Henderson, A.J. Bouye, and Rashaan Melvin.

Gilmore will be eligible to play after Week 6, pending the status of his quad injury. That means he could debut as soon as Week 7, when the Panthers face the Giants in New Jersey.

Gilmore spent his first five years with the Bills before moving on to the Patriots in 2017. He went on to win a ring with the Pats in 2018 and took his game to a whole new level in ’19, en route to DPOY honors. After notching a career-high six interceptions, Gilmore wanted a new contract to reflect his performance and the dramatic uptick in the CB market.

The Pats — in classic Belichick fashion — resisted. They’ll move forward with J.C. Jackson and Jalen Mills as their top two CBs with Jonathan Jones in the slot. They also have 2019 second-rounder Joejuan Williams in the mix, plus the recently-acquired Shaun Wade.

Now, Gilmore has a prime opportunity to shine with the 3-1 Panthers. Barring an extension, he’ll play out the remainder of his five-year, $65MM contract before testing free agency in the spring.