Rashaad Penny is officially back. The Seahawks activated the running back from injured reserve ahead of tonight’s game against the Saints, reports Doug Kyed of Pro Football Focus (via Twitter). 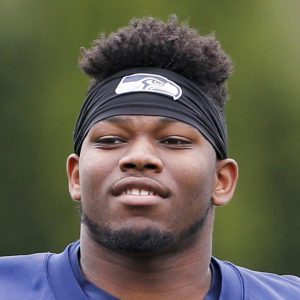 A hamstring injury limited Penny to only one game this season, but he should have an opportunity to contribute on Monday night. With Chris Carson sidelined, Penny will join a running back grouping that includes Alex Collins, DeeJay Dallas, and Travis Homer. Collins is expected to lead the depth chart, but Penny should get some action in what’s expected to be a rain-soaked game.

Penny has dealt with his fair share of injuries since he was selected in the first round of the 2018 draft. The running back has been limited to only 28 games through four seasons, and he sat out the majority of the 2020 campaign while recovering from a torn ACL. Through his first two seasons in the NFL, Penny collected 947 yards from scrimmage and six touchdowns on 167 touches.

Prior to the season, the Seahawks declined the 25-year-old fifth-year option, meaning he’ll be a free agent following the 2021 campaign.