Terrence Brooks will be out for at least the next three weeks. The Texans placed the veteran safety/special teamer on IR today. 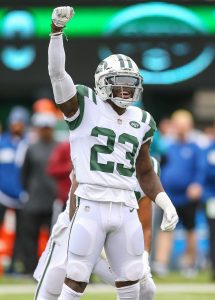 The 29-year-old suffered a lung contusion during Sunday’s loss to the Colts, necessitating overnight medical supervision. Per Brooks Kubena of the Houston Chronicle, Brooks suffered the injury during the first quarter, and he exited the game and didn’t return.

Brooks, who has collected more special teams snaps than defensive snaps in 2021, actually got the start at safety last weekend, collecting one tackle before exiting the game. Lonnie Johnson and former starter Eric Murray will likely take the open starting spot.

Brooks was a third-round pick by the Ravens back in 2014, and while he’s never been a household name, he’s managed to put together an eight-year career. The veteran has seen time in 100 career games (with, incredibly, only four starts), and he’s spent time with the Ravens, Eagles, Jets, Patriots, and Texans.