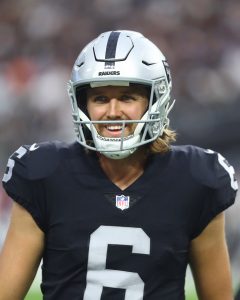 Cole joined the Raiders as an undrafted free agent out of NC State in 2019, and he hasn’t missed a single game for the organization since that time. Cole has appeared in 12 games this season, compiling 2,505 yards on 49 punts (good for a league-leading 51.1 yards per punt).

The terms of Cole’s deal haven’t been reported, but Garafolo notes that Cole will be among the four highest-paid punters in the NFL. Seahawks punter Michael Dickson became the highest-paid player at his position when he signed a pact worth $3.5MM per year.

The Raiders front office is making significant investments in their special teams aces. Earlier tonight, the organization signed Carolson to a four-year pact worth $18.4MM, including a $4MM signing bonus and $10.2MM in guaranteed