Alex Armah has found a new gig. The fullback is signing with Washington Football Team, reports NFL Network’s Mike Garafolo (via Twitter). The veteran will first join the practice squad before inevitably earning a promotion to the active roster. 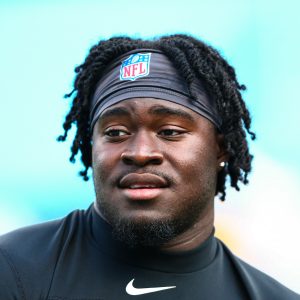 The move reunites Armah with head coach Ron Rivera, who was responsible for the Panthers drafting the fullback in the sixth round of the 2017 draft. Armah spent the first four seasons of his career in Carolina, seeing time in 57 games (four starts).

He joined the Saints this past offseason and ended up getting into nine games (two starts), collecting 22 yards and one touchdown on six touches. New Orleans ultimately decided to move on from the 27-year-old earlier this week.

WFT doesn’t technically have a fullback on their roster or practice squad. The team is likely adding Armah due to his blocking ability and familiarity with offensive coordinator Scott Turner’s offense. Antonio Gibson should still get the bulk of the snaps at RB, but J.D. McKissic has been sidelined all week while he’s recovering from a concussion. Jaret Patterson and Wendell Smallwood could see backup snaps, but Armah could find himself on the field in passing situations.