When the Raiders make their return to the postseason on Saturday, they will be without one of their contributors on the defensive front. Darious Philon suffered a torn patellar tendon in the team’s win over the Chargers on Sunday night, per ESPN’S Jeremy Fowler (Twitter link). As a result, his season is over. 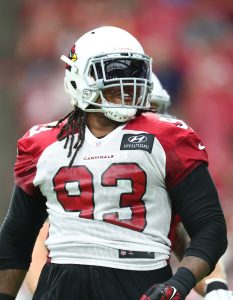 Philon, 27, was a somewhat surprising addition to the team when he was signed as a free agent in March. The move came after Philon had been out of the league for the 2019 and 2020 seasons despite having signed a two-year contract with the Cardinals. That’s because the defensive tackle had been arrested for aggravated assault with a deadly weapon in August of 2019.

Originally drafted in the sixth round by the Chargers in 2015, Philon had two very productive years with Bolts in 2017 and 2018. He totalled 8.5 sacks, 14 tackles for loss and two forced fumbles in that stretch, as he took on a starting role. In his first campaign in Las Vegas, he has produced 27 total tackles, two sacks and two fumble recoveries in 11 games played.

The Raiders visit the Bengals on Saturday afternoon to kick off the postseason. While everyone on the team will be focused on its first playoff action since 2016, it remains to be seen if Philon has done enough to earn himself another deal for the 2022 season.