Cardinals defensive lineman Darius Philon was arrested for aggravated assault with a deadly weapon stemming from an incident in May, according to a report on TMZ.com (and passed along by Charean Williams of ProFootballTalk.com). The 25-year-old was taken to Maricopa County Jail this morning. 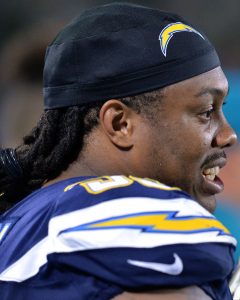 Philon allegedly pointed a gun and threatened to shoot a woman outside of a strip club on May 17th. The police report says the player pointed the gun at the victim, who was with another female, twice before she returned to the club, asking at one point “which one of you wants a bullet?” Philon drove away following the incident.

After playing four years for the Chargers organization, Philon joined the Cardinals on a two-year, $10MM ($5MM guaranteed). The defensive lineman has appeared in 54 career games (19 starts) with 80 tackles, 9.5 sacks, and two forced fumbles.