The Giants have been looking for a high-level backup for Daniel Jones, and they’ve apparently found one. The team is signing quarterback Tyrod Taylor, reports NFL Network’s Ian Rapoport (via Twitter). 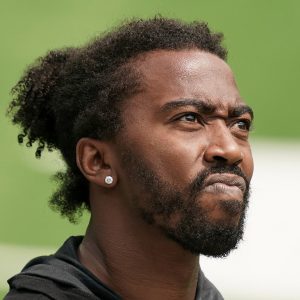 The Giants were reportedly in the market for a player who could provide some competition in the QB room, with Mitchell Trubisky among their targets before he landed in Pittsburgh. This logic makes sense; Jones has been inconsistent during his three seasons in the NFL. He went 4-7 as a starter in 2021, and while he completed a career-high 64.3 percent of his passes, he also tossed only 10 touchdowns vs. seven interceptions. While the team has committed to Jones for next season, they also want to provide him with some competition.

So, in comes Taylor. The veteran joined the Texans last year, and he ended up getting six starts for his new team. He went 2-4 in these contests, completing 60.7 percent of his passes for 966 yards, five touchdowns, and five interceptions. He added another 151 yards and three touchdowns on 19 carries. There is some familiarity with the QB and the front office; new Giants GM Joe Schoen crossed paths with Taylor when the two were in Buffalo.

While the Texans sound set with Davis Mills as their quarterback in 2022, the team did have some interest in retaining Taylor. We heard earlier this week that Houston was impressed by the QB’s professionalism and ability to mentor the team’s younger quarterbacks.