Malcolm Jenkins is calling it a career. In an interview with The Pivot podcast (Twitter link), the longtime NFL safety announced his retirement from football. 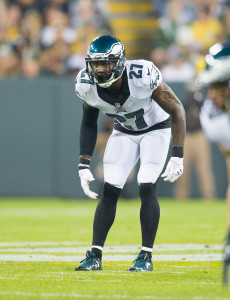 Jenkins, a 13-year veteran, entered the league as a first-round pick of the Saints back in 2009. Now, at the age of 34, Jenkins is moving on to a new chapter.

“I recall when we first drafted Malcolm in 2009, he made contributions to a Super Bowl Championship team in multiple positions in the secondary and then pretty quickly developed into an outstanding safety,” said Saints head coach Dennis Allen in a team press release. “The combination of skill, awareness and intelligence allowed Malcolm to be in position to make plays all over the field. To put up the numbers he did for as long as he did speaks both to his talent and his commitment to his craft. He was also a great leader in the locker room and important contributor to the community. I’m proud to say that I had the opportunity to coach Malcolm and congratulate him on an excellent career.”

The Ohio State product began his career in New Orleans and became a full-time starter in his second season. After five years with the Saints, he moved on to the Eagles, where he enjoyed a successful six year run and three Pro Bowl nods (2015, 2017, and 2018). If Saints head coach Sean Payton could have done it differently, he never would have let Jenkins get to Philly.

“Probably one of the bigger mistakes that we’ve made, and you have to ask yourself how did that happen? Letting him out of the building certainly wasn’t a smart decision,” Payton said in 2020.

The Saints signed Jenkins that year, enabling him to finish his career where it all started. Jenkins exits the field with 1,044 career tackles, 21 interceptions, eleven fumble recoveries, seven defensive touchdowns, and 199 games played. He’s also got quite the jewelry collection, having won two Super Bowl rings for the 2009 and 2017 seasons.

We here at PFR wish Jenkins the best in retirement.