Cory Littleton has found his third NFL home. The Panthers announced on Sunday that they have signed the veteran linebacker. NFL Network’s Tom Pelissero adds (on Twitter) that the deal is for one year and $2.6MM, with $2MM guaranteed. 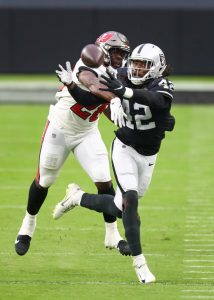 Littleton, 28, started his career with the Rams in 2016. After two seasons playing primarily as a special-teamer, he took on a starting role the following year. Given the new opportunity, he put together two highly productive campaigns, earning a Pro Bowl nod in 2018. In his final two years in Los Angeles, the former UDFA totalled 259 tackles and 7.5 sacks.

That production earned the former Washington Huskie a three-year contract worth over $35MM with the Raiders in 2020. However, his deal was re-worked three times during his two seasons with the team. As a result of the complicated financial situation that created – along with his solid, but unspectacular production – Littleton was released earlier this month.

In Carolina, Littleton will reunite with former college teammate Shaq Thompson and provide a veteran presence to an otherwise relatively young defense. Looking to rebuild his value closer to the level it was at two years ago, the short-term deal could give him an opportunity to do just that as the Panthers look to improve a unit which ranked second in the league in terms of yards per game allowed, but just 21st in scoring defense.