Jordan Mills has found a new home. The veteran offensive tackle has signed with the 49ers, reports Aaron Wilson of ProFootballNetwork.com (on Twitter). 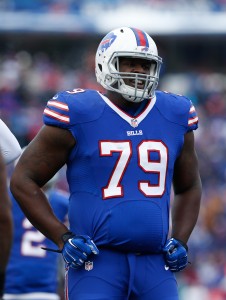 Mills has bounced around the NFL since his four-year stint with the Bills ended in 2018. He started two of his three games for the Cardinals in 2019 before suffering a knee injury that ultimately sidelined him for the rest of the season. The lineman spent most of the 2020 campaign on the Cowboys practice squad before catching on with the Saints last offseason. In total, Mills has seen time in 100 career games (87 starts), and he started a single playoff game for Buffalo in 2017.

The 31-year-old ended up getting into 10 games (three starts) for New Orleans in 2021. It wasn’t a great performance; while he didn’t play enough snaps to qualify for Pro Football Focus’ list, he would have ranked in the bottom-four among tackles with at least 200 offensive snaps.

Mills was recently in for a visit with the 49ers along with fellow linemen Tyree St. Louis and Caleb Benenoch. Jaylon Moore is currently sidelined with a lower leg strain, and he had mostly been serving as the primary swing tackle behind Trent Williams and Mike McGlinchey. Mills will get some extra reps while Moore is out, and the veteran addition will likely be competing with the likes of Colton McKivitz and Justin Skule for a roster spot.