Green Bay appears to be receiving some long-awaited injury news with respect to one of their top players. Left tackle David Bakhtiari is expected to play tomorrow, reports ESPN’s Adam Schefter (Twitter link). 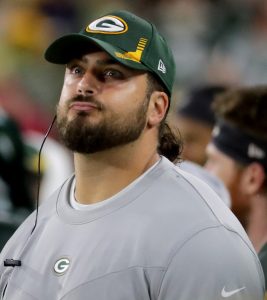 Bakhtiari is officially listed as questionable as he continues to deal with the effects of his 2020 ACL tear. That injury left him sidelined for all but the regular season finale last year, and required a third operation this offseason. With plenty of uncertainty surrounding his short- and long-term future, things appeared to take a positive turn on the eve of the season.

The two-time First-Team All-Pro stated that he expected to be available for Week 1, but the Packers continued to rely on Yosuah Nijman instead. That remained the case again the following week, as Nijman continued to operate effectively on the blindside in PFF’s eyes. With a pass-blocking grade of 84.7 and only one penalty committed, he has helped stabilize a Green Bay offensive front which just got Pro Bowler Elgton Jenkins back in Week 2.

Still, a return to the field – and elite form – from Bakhtiari would be a welcomed sight for the Packers. The 30-year-old has been a full-time starter on the blindside since his rookie season, and is the team’s second highest-paid player. With his cap hits scheduled to soar to $29MM and $33MM for the final two years of his contract, it will be important for both player and club to see if he can handle a regular workload.

Doing so could be made easier by the light practice schedule he will be following this season. The first significant test, though, will come tomorrow when the Packers face the Buccaneers in an attempt to move to 2-1. With healthy tackles on both sides of the o-line, Green Bay’s prospects in that game and beyond could be notably improved.