Off the radar since his Commanders release, Landon Collins resurfaced in a familiar place. The veteran safety met with the Giants on Monday, Jeremy Fowler of ESPN.com tweets. 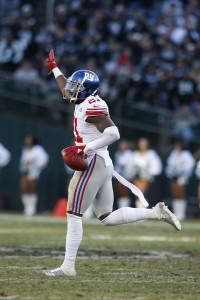 The Giants made Collins a second-round pick back in 2015. That was two regimes ago, with then-GM Jerry Reese pulling the trigger on that draft investment. The Dave Gettleman regime did not make re-signing Collins a priority in 2019, leading to a then-safety-record Washington agreement. But GM Joe Schoen put the seven-year veteran back on the team’s radar.

Collins’ three-year Washington run wrapped after the sides could not agree on a revised contract. The Commanders wanted to keep the hybrid safety-linebacker, just not at the price his contract called for. Collins, 28, was set to count a Commanders-high $16.1MM on their 2022 cap sheet. The team designated him a post-June 1 cut but cut the cord in March. The Alabama product was not notably connected to landing a deal in the offseason’s ensuing months.

Big Blue passed on going to the six-year, $84MM place Washington went for Collins in 2019, but the Giants’ decision to let Collins hit the market — passing on a franchise tag — surprised many. Gettleman’s regime never made Collins an offer to stay. Collins, however, did not prove worth the deal Washington authorized. He missed much of the 2020 season due to a knee injury but did bounce back by playing his hybrid role in 13 games in 2021. Collins made a career-high three sacks, recovered two fumbles and registered 81 tackles (seven for loss) last season.

With the Giants, Collins was a three-time Pro Bowler who burst onto the scene with an All-Pro season that helped the 2016 team to the playoffs. The former Crimson Tide star posted 125 tackles, five interceptions and four sacks that year. The current NFL no longer views Collins as being on that level, but the Giants are still taking a look at a reunion. The team, which released Logan Ryan and let Jabrill Peppers walk this year, lost starter Julian Love to a concussion on Sunday.