Tre’Davious White made his long-awaited return from a Thanksgiving 2021 injury, and the Bills are soon set to see how their other player who suffered a major injury late last season looks. 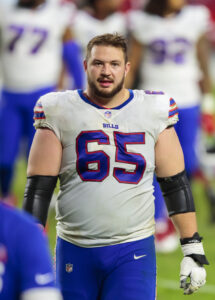 Buffalo designated guard Ike Boettger for return from the reserve/PUP list Monday, ESPN.com’s Field Yates tweets, opening his three-week practice window. Out since suffering an Achilles tear in Week 16 last season, Boettger must return in that three-week window or be moved to season-ending IR.

Injuries have hit the Bills hard this season, and while the team has been relatively healthy along its offensive line, Boettger’s return would certainly bolster the unit. The former UDFA had been working as a starter in the weeks leading up to his injury last season.

Buffalo has made some changes at guard since Boettger last played. Rodger Saffold and Ryan Bates are now the Bills’ starters, with the team not re-signing Darryl Williams and Jon Feliciano. The Bills matched the Bears’ Bates RFA offer sheet this offseason, traded Cody Ford to the Cardinals and also added Greg Van Roten, who started against the Lions on Thursday.

Boettger, 28, has made 19 starts over the past two seasons. Pro Football Focus rates Bates and Saffold outside the top 50 at guard; neither has missed a game this season. Bates has played both guard and center this year, stepping in at center to replace Mitch Morse in Week 12. Morse has since returned to practice.

With Saffold, Bates, Van Roten and Boettger in the fold, the Bills will have some options along their interior O-line. The team has seen injuries decimate its defense, most recently injecting uncertainty into Von Miller‘s situation, but its offense has not encountered as much trouble. Despite the Bills’ high volume of injuries, they are in great shape in terms of activations. They have only used one (White) of their eight allowed injury activations.