The Lions have interest in retaining free agents on both sides of the ball. When asked about the impending free agencies of wide receiver DJ Chark and defensive lineman John Cominsky, Lions GM Brad Holmes made it clear that he’d like to re-sign the two players. 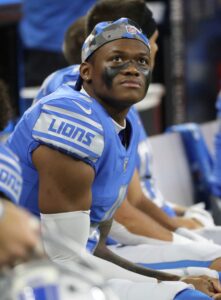 “Those guys had good years and, look, as long as their fits for our culture and what we’re trying to build and where we’re going, yeah, absolutely [we’d like to re-sign them],” Holmes said (via Dave Birkett of the Detroit Free Press).

After starting his career with the Jaguars, Chark inked a one-year, $10MM deal with the Lions last offseason. The wideout ended up starting 10 of his 11 games, hauling in 30 receptions for 502 yards and three touchdowns. Chark suffered an ankle injury in Week 3 that kept him off the field until the middle of November.

Following three forgettable seasons in Atlanta to start his career, Cominsky was claimed by the Lions in May. He ended up starting eight of his 14 games in 2022, ranking second on the team in QB pressures and hits. For his efforts, Pro Football Focus ranked Cominsky 47th among 119 qualifying edge defenders, including one of the best grades at the position for coverage. The defensive end seems to share his GM’s sentiment, telling Kyle Meinke of MLive that he’d like to stick around Detroit.